Hanoi, the heart of Vietnam, the capital is known as the city of peace, which you must visit once in your life when setting your foot in Vietnam. If you are considering where should you visit Hanoi because Hanoi has a lot of things to do and see. Here, the Go Vietnam Tour will guide you top Hanoi highlights. Follow us and discover Hanoi on your way!

Hanoi’s water puppet shows are not only a great way to taste traditional Vietnamese artistry and entertainment but it’s also are an excellent evening activity if you see them with the children. Develop first evolved in Vietnam’s rural areas during the months of the monsoon paddy field flooding, and today, it is now mostly performed in custom-made water pools rather than outside. The performances usually focus on famous local legends and are combined with a live band using traditional Vietnamese instruments. Hanoi is the heartland of contemporary water puppet theater with five shows daily at the Municipal Water Puppet Theatre.
Location: Dinh Tien Hoang Street
Price: 100,000 VND 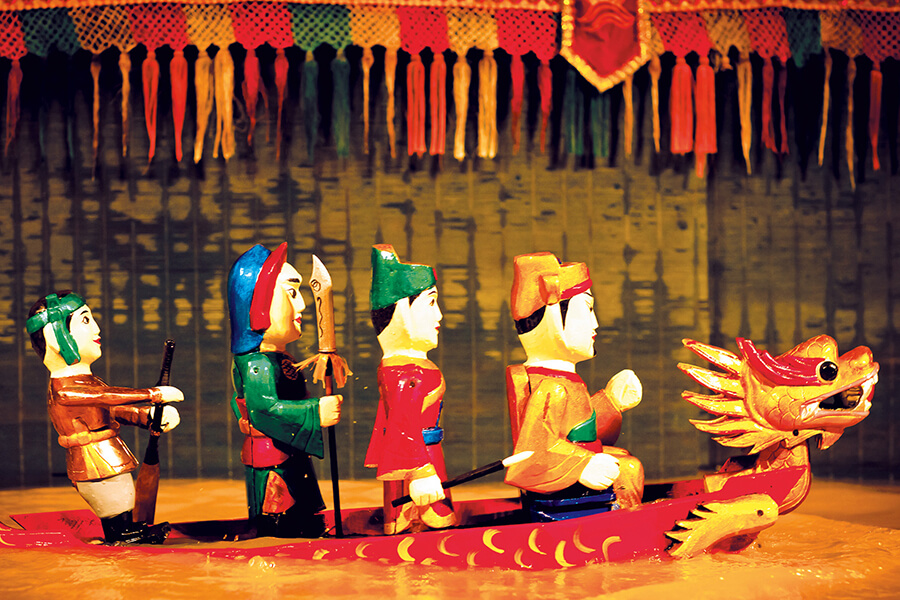 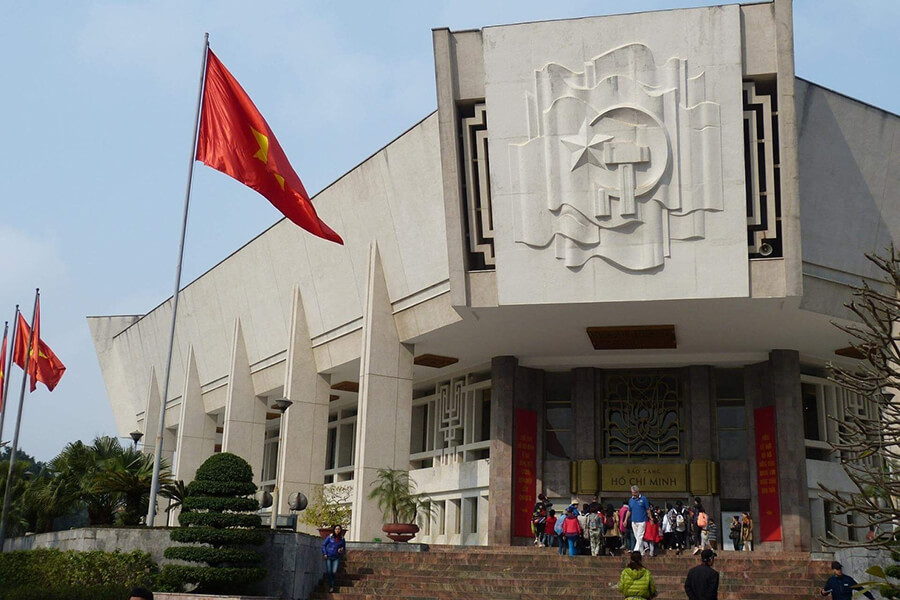 Nestled on the southern edge of the old town quarter, Hoan Kiem Lake is the most well-known landmark in Hanoi. Not only deep into the poetic view, besides the lake, visit Ngoc Son Temple, which worships the grand figures from Vietnamese History such as La To (revered as a patron saint of physicians); the renowned scholar Van Xuong; and the 13th-century general Tran Hung Dao, who fought against the invading Mongol army. To come to the temple, you have to go through the red bridge which is called the morning sunlight. It’s really a vantage point to take pictures of the tourist.
Location: Dinh Tien Hoang Street 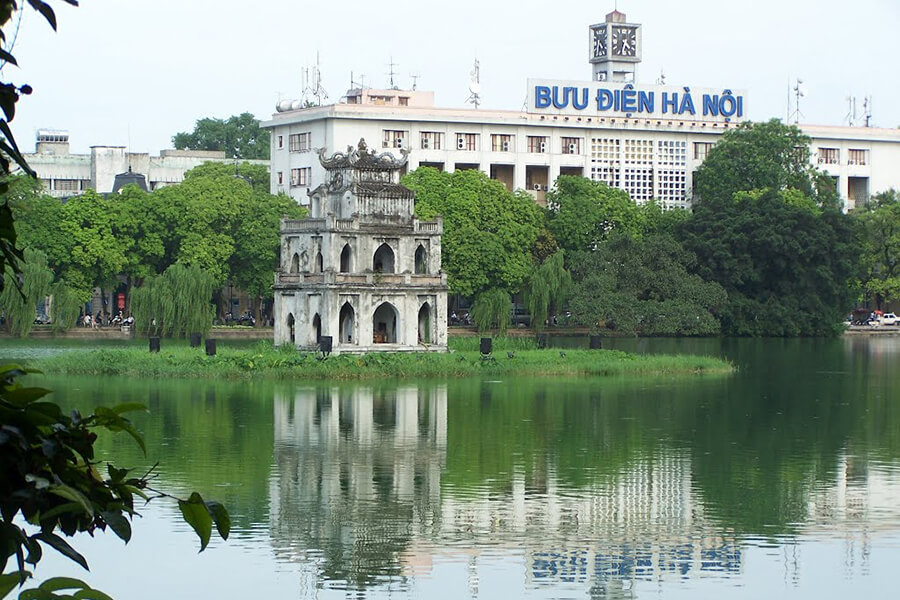 Located at the West end of Hanoi Old Quarter, surrounded by Hang Khoai Street and Cau Dong Street, Dong Xuan market is a place you should go when visiting Vietnam. Built-in 1889 by the French, Dong Xuan Market is regarded as the biggest market in Hanoi For those who love shopping and love the architecture of Dong Xuan market, you can come here to buy all the things you need during days in Ha Noi as well as Vietnam. The price for the goods is cheap if you know how to bargain. Surrounding here, you also can drop into the restaurant to enjoy the local food. Remember to ask them the price before you want to buy or eat.
Entrance price: Free 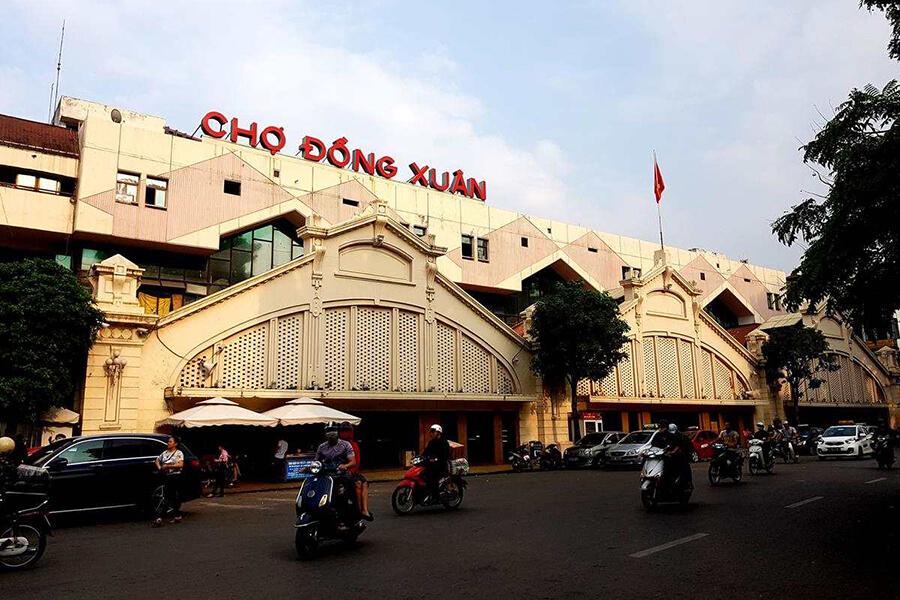 Hanoi Opera House or the Grand Opera House is a great architecture of the French, built-in 10 years from 1901 to 1911. It can be said that nowhere in Hanoi do you find a great structure that has a perfect combination of the old and new architecture. I bet that anyone who comes here first will have the same feeling – amazing by the structure. The architects were inspired by ancient Greek architecture styles and the Paris opera house.
Up to now, Hanoi Opera House has its own values that are worthy of standing on the list of the world’s classics. Because of the architecture, the Hanoi Opera House becomes an attractive place for couples in their wedding album.
If you want to visit outside, it’s free. But if you want to enjoy the show, you have to pay money. There is no fixed price for tickets. It depends on the performance you want to watch. The average price is about VND 300.000 – VND 1.000.000/ ticket. 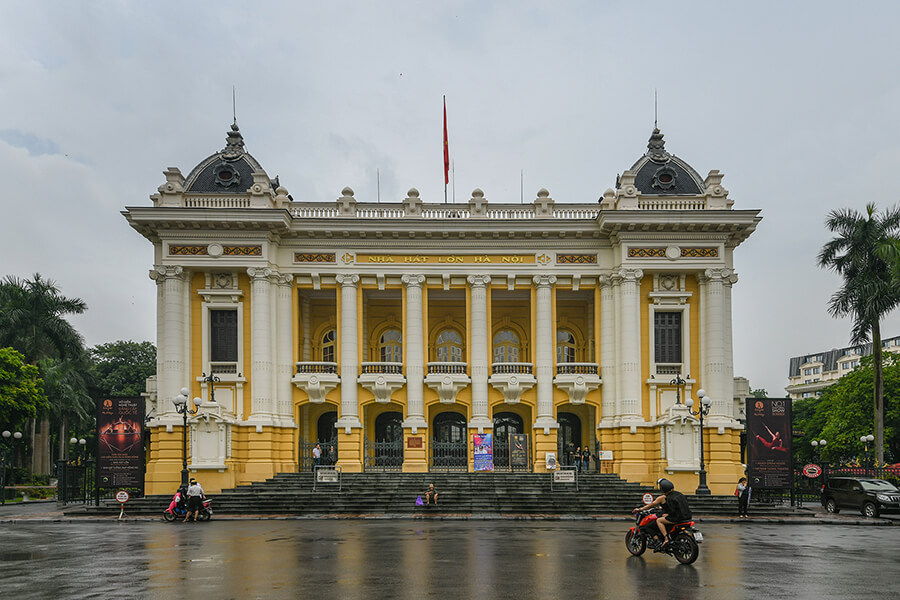 The city’s most interesting religious building is this beautiful and incredibly peaceful Confucian temple, originally built as a university in the 11th century. It was here, in the medieval era, that the philosophy of Confucianism and literature was taught, and near the entranceway, you can still see the names of students who studied here, etched into a series of pillars. 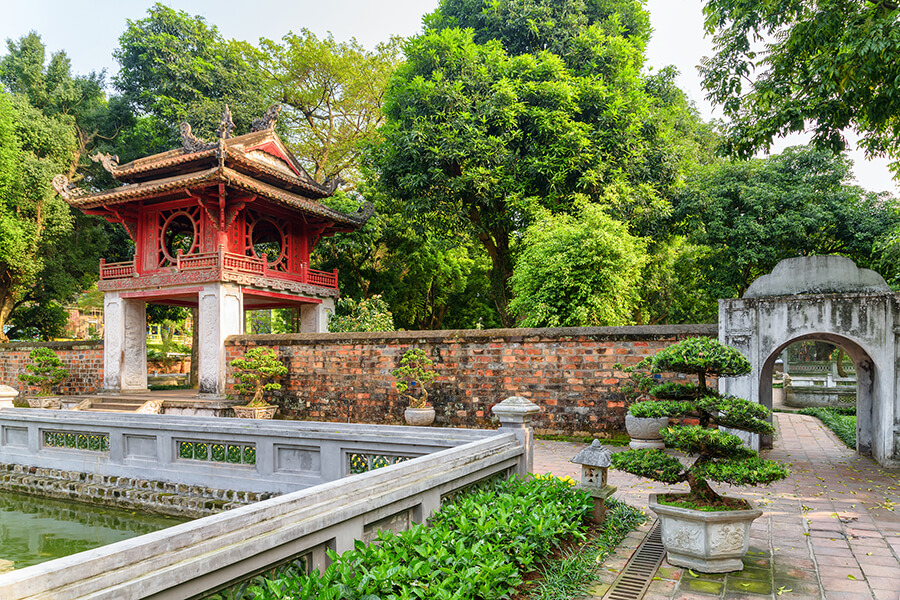 For many visitors to Vietnam’s capital, the main attraction is walking the streets of the city’s ancient core zone. This labyrinthine town of narrow alleys is the town’s commercial beat and has a history of 1,000 years. It is an interesting crumbling place, where the strange pieces of medieval architecture sought to cling to the modern center of the frantic motorbikes, street vendors, and surrounding businesses. If you look up while you’re wondering, this area has a lot of local shophouse architecture, where merchants often live in their shops in very long, two-story, narrow houses, crowd each other in alleys. The aisle behind is a great opportunity to soak up Hanoi’s street life. Along with the many street foods offered and many street vendors selling fruits and vegetables, there are also traditional medicine stalls and Buddhist religious traps. 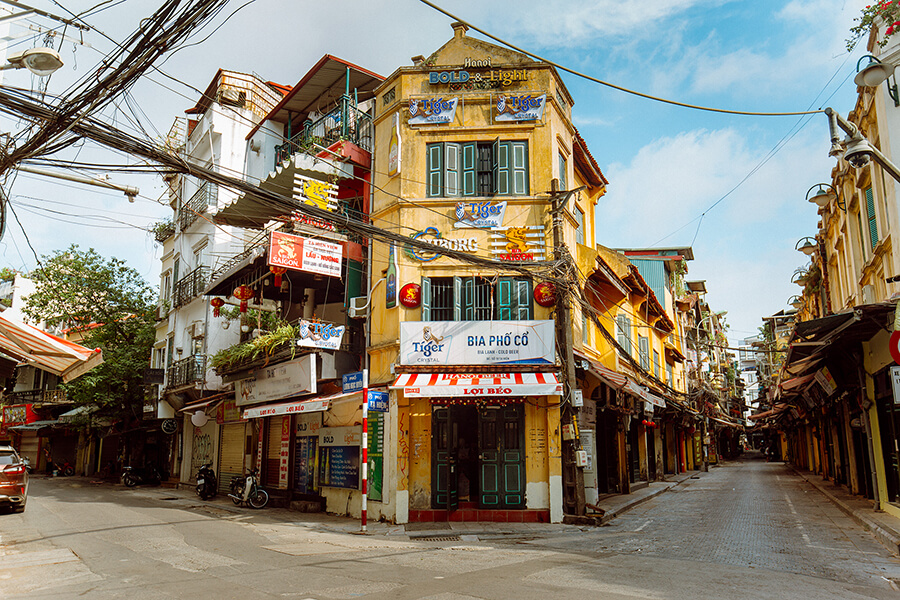 A relic of the French colonial period, right in the heart of the old town, St. Joseph’s Cathedral (Nha Tho road) was built in 1886 and is a typical example of a neoclassical architectural style. The façade is intricately decorated, with two bell towers, while inside are some delicate stained-glass windows. The main entrance is kept private except for the volume. At other times, you can access the interior of the church from the back through the offices for the Diocese of Hanoi.

A must for museum fans and history lovers, Hanoi’s Vietnam Museum of Ethnology houses the extensive national collection and tells the story of Vietnam’s diverse cultures in a series of excellently well-curated exhibits. Here, you will see the 54 Ethnic Groups Home, which is zoomed out, displayed at the same place. The garden area outside the main building holds some of the most interesting exhibits. Along with Vietnam from North to South, you can see the rural dwellings used by different ethnic minorities, as well as the fascinating Giarai tomb.
Location: Nguyen Van Huyen Street
Price: 40,000 VND

Built by the French colonial government in the late 19th century, Hoa Lo Prison Museum was originally used to harbor Vietnamese revolutionaries and any dissidents of the French rule. For many foreign visitors though, it’s better known as the prison where American POWs were held during the Vietnam War. The most famous foreign ex-resident of the prison is John McCain. The prison grounds contain the communal jail cells, solitary cells, and a courtyard, and the guillotine used by the French is also on display. There is a lot of information about Vietnam’s long battle against France’s colonial rule, providing the details of the brutal regime prisoners here were kept under.
Location: Hoa Lo Street
Price: 30,000 VND 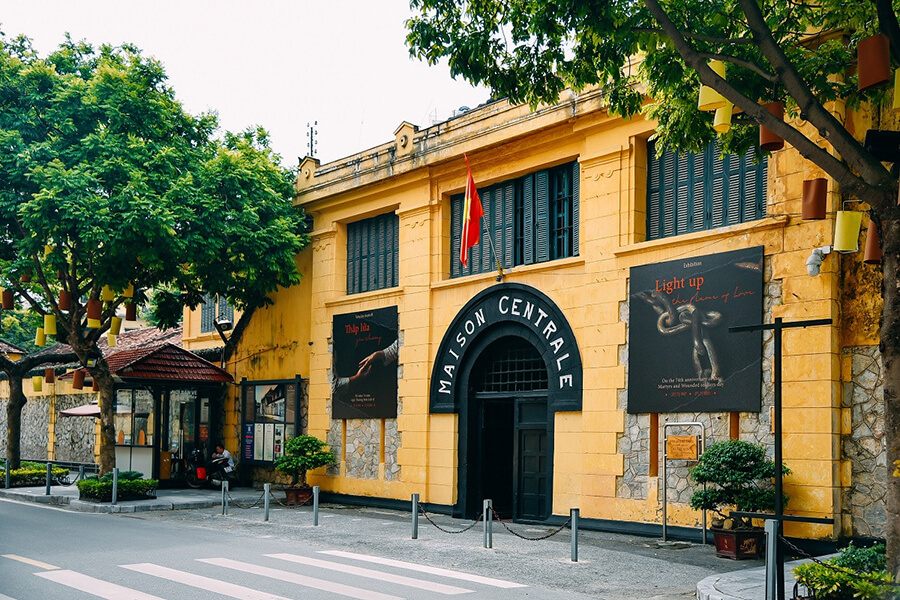 I bet that there will be one of the best things to do in Hanoi, which is chosen by many tourists during visiting Hanoi destinations. What’s more interesting when enjoying a cup of coffee, which brings Vietnam past and sits in a special place. The price for a cup of coffee is about 30,000 VND and you don’t miss taking a lot of photos of this scenery.