Vietnam, the land is known as the home of World Heritage Sites. Besides Dong Van Karst Plateau Geopark in the northernmost province of Ha Giang or Non-Nuoc Cao Bang in the northern province of Cao Bang, once again, Vietnam continues to note its name in the list of the UNESCO global geoparks network with Ly Son Sa Huynh geopark in 2019.

The geopark includes 7,935 ha of the Ly Son Marine Conservation site, and 100 ha of Ca Dam Nature Reserve and another 39,000 ha of reserve in the west of Ba To district.
From the scientist reports, magma sample research and field examination showed the volcano erupted to create the land of Quang Ngai, the time for this creation is between 6.9 million and 9 million years ago.
The scientists also said that Ly Son witnessed at least 3 periods of volcanism with eruption areas from Ly Son to Phu Yen province and Phu Quy Island in Binh Thuan province. They found some sample of metamorphic and igneous rocks in Quang Ngai which is believed to have been existed from 250 million to 460 million years ago. 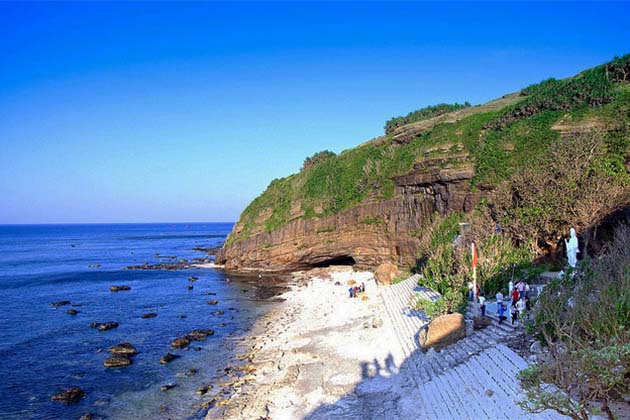 Mr. Tran Tan Van, Director of the Institute of Geological and Mineral Sciences said that Ly Son – Binh Chau sea is a large “volcanic” park. These traces are rare geological properties in the world. “The sediments and geology here show that about ten million years ago the volcano in this area is quite active. Columns of basalt eruptions, flowing forms meet many beaches of Binh Chau and Ba Lang An. Also in Ly Son, the crater column is quite intact. Observing the volcanic wall, partially destroyed by the waves on the wall, the eruption has happened many times and formed each layer, ”Dr. Tran Tan Van affirmed. 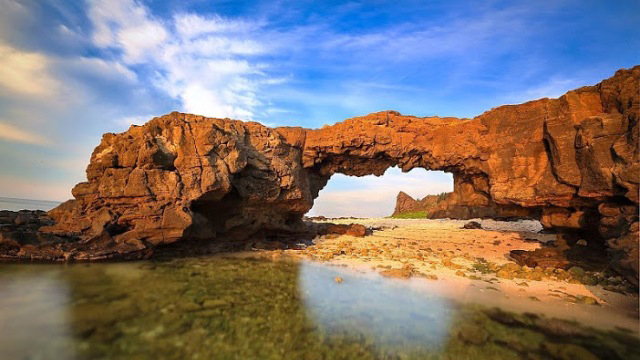 Not only the geological, ancient volcanic and natural landscapes, underground caves, Binh Chau – Ly Son waters also contain many unique underwater sites. Since 1999, archaeologists have discovered here six ancient ships sunk with dozens of thousands of antiquities and ceramics centuries ago. There are still many traces of ancient ships in the waters of Binh Chau and Ly Son which are continuously surveyed and explored. Master Tran Lam, an expert in underwater archeology, explains the integration between geological heritage and underwater cultural heritage to form a unique and unique Ly Son – Binh Chau that has no place in the world have.

As a result, the research and survey activities have almost been completed in specific areas that have geological and cultural values. By the witnesses above, the Quang Ngai province People’s Committee has to ask the Vietnam National Commission to inform UNESCO about the scheduled time to submit the dossier on Ly Son Sa Huynh Geopark in 2019. 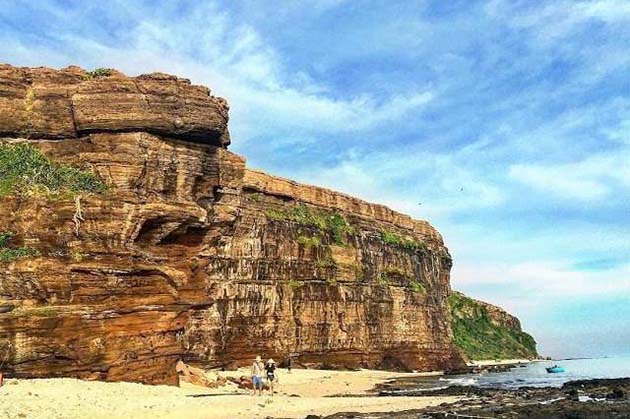